From September 14 to 17, join the Contest with your "Insta For Identity"

Users could post an original image with the hashtags: #Identidad, #Yotebusco y #DondeEstás. The judges: Juan Travnik, Emiliana Migulez and Gerardo Dell'Oro will select the winning entries. The images will be matched later with texts written by well known authors and presented as an exhibition. 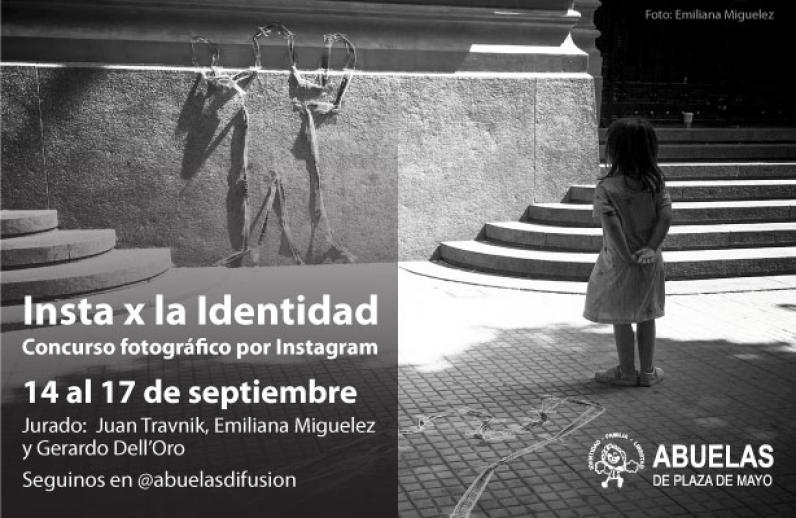 Grandmothers of May Square invites Instagram users to participate in the first photographic contest "Insta the Identity", which will take place from September 14th to 17th with the objective of extending and making known the search for the grandsons and granddaughters, as well as establishing the right to the identity in that social network.

The proposition is that in any given moment during those four days, the Instagram users post an original photograph, from their cell phone or photographic camera, with any of the three above mentioned hashtags: #Identidad, #Yotebusco y #DondeEstás. The picture could refer to the identity in relationship with the appropriation of children during the last military dictatorship, though photographs that approach the subject from a more general perspective will also be accepted. We also invite the users to save and follow the account @abuelasdifusion.

The winning pictures and the texts will form a new itinerant exhibition with the object of aiding the search of the Abuelas and they will be published in the social networks and in the institutional monthly edition. The judges will also be able to select other pictures that may be considered appropriate to be part of the exhibit as "special mentions". The announcement of the winners has been planned for October 1st, 2018. To check the rules of the competition, click on this link.

We greatly appreciate the dissemination of this event and we invite all users to send their pictures and join the search for the more than three hundred granddaughters and grandsons stolen by the State terrorism who are still living under a false identity.