Blaming the victims: dictatorship denialism is on the rise in Argentina 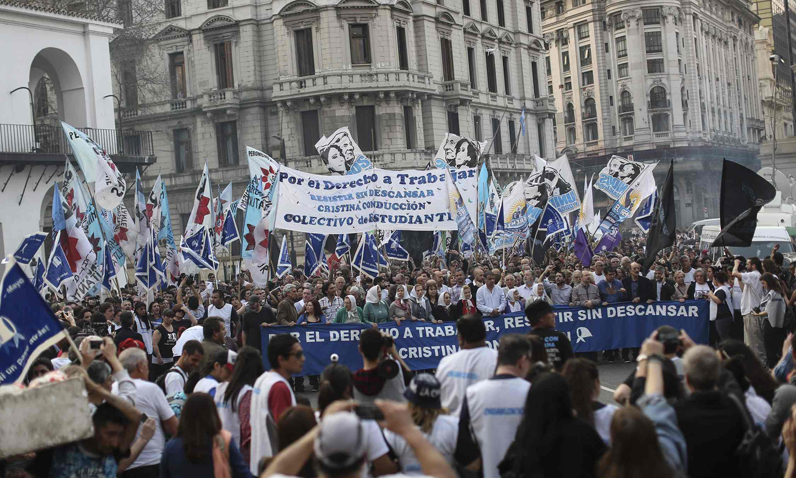 Almost uniquely among nations that have suffered mass killings under brutal dictatorships, Argentina was able not only to put a large number of its former torturers behind bars, but to establish a consensus across all political sectors that its 1976-83 military regime had executed a lower-intensity Nazi-style genocide that lacked any moral justification.

The country's dictator Jorge Videla was tried barely two years after the return of democracy, and since then more than 1,000 other former officers have been sentenced, making the country a standout among former South American dictatorships. Chile has attained a similar number of convictions, but its dictator Augusto Pinochet died without ever facing a day in court. In Brazil and Uruguay, where wide-ranging amnesties remain in place, a free pass was given to torturers to ensure a smooth democratic transition.

But Argentina's consensus on the gravity of dictatorship-era crimes has suddenly shattered under centre-right President Mauricio Macri.

Earlier this month, Macri rattled nerves in the human rights community when he appeared to doubt the long-accepted historical understanding that 30,000 people died under the dictatorship. Asked in an interview with Buzzfeed how many people had been murdered, he testily replied: "I have no idea. That's a debate I'm not going to enter, whether they were 9,000 or 30,000."

Some sympathisers with the former regime have long raised doubts over the number of desaparecidos, but Macri's words marked the first time that such denialist rhetoric gained admittance to mainstream political discourse.

Mario Ranaletti, professor of history at Tres de Febrero university, has specialized in the mindset of Argentinian denialist groups. "They consider military repression was a good and morally unquestionable act," he says. "To them the cold war was a religious war." Even today Ranaletti overhears Argentinians who argue that "they should have killed them all."

Macri's 9,000 number refers to a list of names compiled in the first years of democracy by the National Commission on the Disappearance of Persons (Conadep). Long touted by denialists as the only valid accounting, the list was never meant to be final. The military themselves reported 22,000 killings to Chilean intelligence in mid-1978. A year before, the dictatorship had already informed the papal nuncio in Buenos Aires that it had killed 15,000 people, declassified US documents show.

Work still continues today on the identification of human remains in clandestine unmarked graves. And the Conadep list did not include non-disappeared victims whose bodies were returned to their families - or the undoubtedly vast number of unreported victims.

Taken together, such factors make the 30,000 estimate by human rights groups a reasonable assumption; perfectible by academic research perhaps, but never questioned before by an acting president.

Macri's use of the term "dirty war" also chimed with denialist thinking, which holds there was no genocide - only an internal battle between the dictatorship and terrorists.

Partly to stop such creeping denialism, Argentina's supreme court ruled in 2009 that the dictatorship's killings between 1976 and 1983 constituted "crimes against humanity within the framework of [a] genocide".

The fracture over dictatorship-era crimes exploded into verbal abuse last Thursday in the central city of Córdoba, after judges handed down 28 life sentences to >former officers found guilty of 365 killings at the city's La Perla death camp.

Outside the courtroom, pro-military activist Cecilia Pando hurled abuse at Estela de Carlotto, the 85-year-old head of Abuelas de Plaza de Mayo, a group of heroic grandmothers who over almost four decades have recovered 120 of their grandchildren from the families they were given to by the military once their mothers were murdered after giving birth.

"They were not young idealists, they were terrorists," Pando yelled at the ageing grandmother, referring to the "disappeared" children of Carlotto and thousands of other mothers.

Possibly emboldened by recent meetings with Macri's justice minister, Germán Garavano, Pando was giving vent to a belief fervently held among regime sympathisers that none - or few - of those murdered by the military were innocent victims.

But the US embassy in Buenos Aires at the time knew otherwise: Argentina's military quickly eliminated the few hundred guerrillas who had been involved in lethal action, before they began to murder thousands of other young people unconnected to any violent activity. "Few who have disappeared since about mid-1977 could be considered terrorists or security threats," reads a US state department cable recently declassified by Barack Obama after his visit to Argentina in March.

The killing numbers also refute any notion of a war. In a 1980 report titled "Terrorism in Argentina", the dictatorship estimated that guerrillas killed only 687 people during the entire 1970s, compared with the 22,000 people the dictatorship told Chilean intelligence it had killed by 1978 alone.

At the Esma death camp in the capital city of Buenos Aires at least 3,000 civilians were murdered by the dictatorship. But only one Esma officer, Lieutenant Jorge Mayol, perished in a skirmish with guerrillas in 1976.

The military had a much wider target than just the guerrilla groups, which by 1976 were already in disarray. The regime openly vowed to defend "western and Christian civilization" by turning Argentina into "the moral reserve of the western world."

To do that, thousands of young people with ideas borrowed from America's hippie culture, the Paris of May 1968 and the Cuban revolution had to die. "Our Christian identity was in danger," police commander Miguel Etchecolatz testified during his trial, kissing his white rosary before the judges. 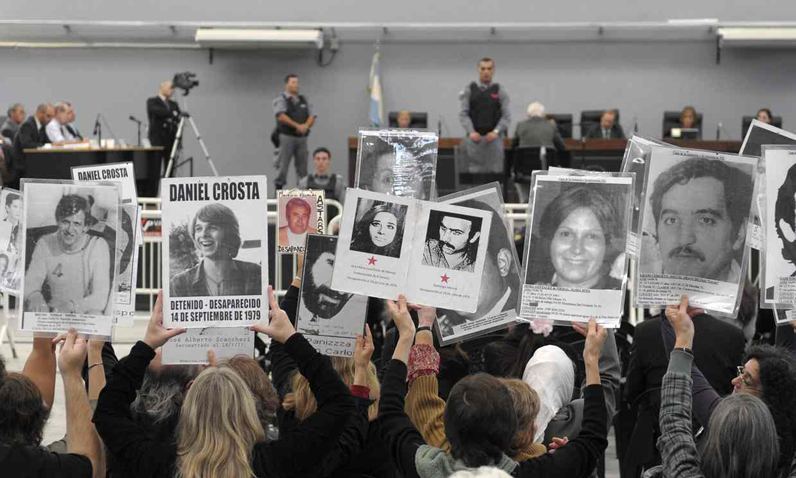 But men like Etchecolatz are "political prisoners" who should be amnestied, say the pro-dictatorship activists who now have the ear of Macri's government. Victoria Villarruel believes it was the guerrillas, not the military, who committed crimes against humanity.

She represents CELTYV (Centre for Legal Studies on Terrorism and its Victims), a group pressuring to reopen trials against former guerrillas even though the supreme court has conclusively ruled that guerrilla actions constituted ordinary crimes that have long fallen under the statute of limitations.

Those opinions appear to have found a sympathetic hearing from Macri's administration. "What they seek is very valid, the recognition of civilians killed by terrorist groups," said Claudio Avruj, the human rights secretary who has met with Villarruel.

Alejandro Rozitchner is Macri's speechwriter and a longtime personal friend of the president. A philosopher who speaks openly about his marijuana use, he feels Argentina has dwelt long enough on the 1970s. "It has to do with keeping open a past that recedes increasingly further into the past," he said.

Such words draw low, painful sighs from grandmother Carlotto. "It's not the past to me or the other mothers, grandmothers and children of missing people," she said.

Carlotto was united with her grandson only two years ago, 36 years after the military murdered her daughter after she gave birth in one of their death camps. She estimates 280 missing grandchildren remain still to be found.

"What do they pretend with this new language they've invented for human rights?" Carlotto asks. "Why do they meet with representatives of groups who claim that convicted murderers are political prisoners? They're not political prisoners, they are genocidal killers, abominable assassins who refuse to confess who they gave our grandchildren to."