Abuelas de Plaza de Mayo informs about the restitution of another grandchild, case number 119, which we were able to solve. Today, our grandchild met his mother for the first time and this is an extraordinary event that we want to share. This is the fifth mother who has been able to recover her child abducted by the dictatorship. 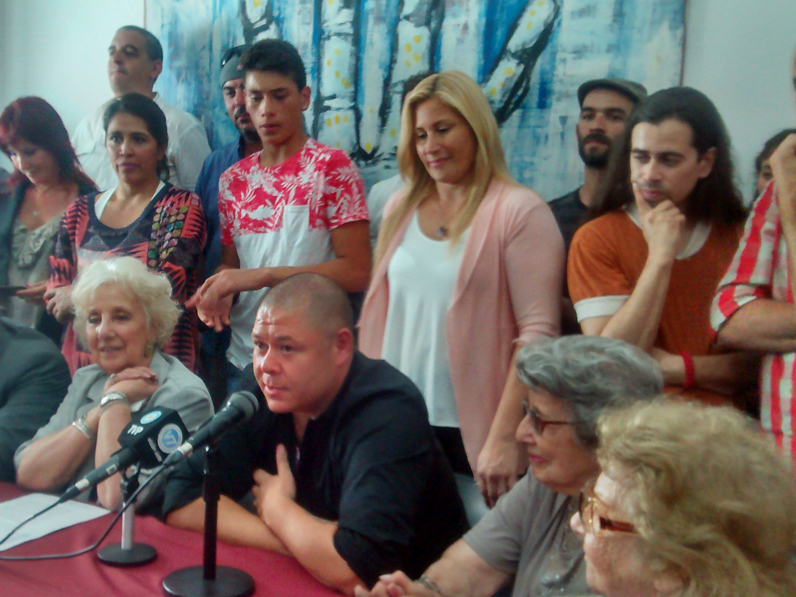 Sara (whose last name we decline to reveal) was born on January 25th, 1956 in Tucuman. In 1975, she used to work at a hotel in the capital city, where she lived with her two daughters (three and one year old at the time).

She was freed in November 1976 nearby a sugar cane plantation and from there she walked to the Hospital del Carmen where she was hospitalized until she was able to return home.

Sara, as expected, lived terrified by the martyrdom that she had to endure. In 2004, thirty years later, through an acquaintance and supported by the human right organization H.I.J.O.S, she contacted the Secretary for Human Rights in Tucuman. In 2006 she contacted the National Secretary for Human Rights, where, at this point, the National Commission for the Right to an Identity (CONADI for its Spanish acronym) became involved. This organization open an investigation into this case and in September 2007 her DNA information was added to the National Genetic Data Bank (BNDG for its Spanish acronym); thus, hoping to locate her son.

In the meantime, the young son had already started his own search. From an early age, he suspected that he was not the son of those who raise him. Although they never confirmed his doubts, people around him knew the real situation. He had been registered as born in 1977 in the Province of Santa Fe - where he grew up -; however, his doubts increased with the passing of time.

In February 2015, he got the courage to visit the Rosario Branch of Abuelas who were able to provide him with the necessary assistance and support that they provided to all those who are in search of their origins. From here, he was referred to the CONADI. Last August, a formal request for a blood sample for genetic analysis was put forward to the BNDG and in November 19th, the result established a positive match confirming that he was Sara's son.

Despite the extreme conditions of gestation and birth, Sara always deemed that baby taken from her as her own son, even if she did not come in contact with him, but heard his cries for just seconds after birth. That baby in her womb, which she "ahijó" (adopt) during her detention and even after was someone of whom she always thought of as a son. She first look for him in solitude, then with the help of the State, and today she knows the Truth.

During the last years, the concepts of Memory, Truth and Justice have been consolidated as absolute pillars in (the Argentinean) society. Today those coming from some political, media and judicial segments are voicing the idea of a reconciliation; however, it becomes more imperative the need to deepen these investigations. There are still Disappeared Ones alive and grave crimes to be judged. We recognize and honor Sara's courage in searching for her son and we share the happiness of the reunion.

To all the grandsons and granddaughters who are unaware of their true origin, to all the victims who has yet to be meet Justice and so these crimes never happen again, we will not tolerate even one step back.