The Legal Team of the Organization Abuelas de Plaza de Mayo has repeatedly stated that the kidnapping and subsequent cover-up of minors born in captivity and those who disappeared after being born was part of a systematic plan that included murders, tortures, forced disappearances of adults, kidnappings, and other crimes committed by members of the security, police, penitential, and armed forces. 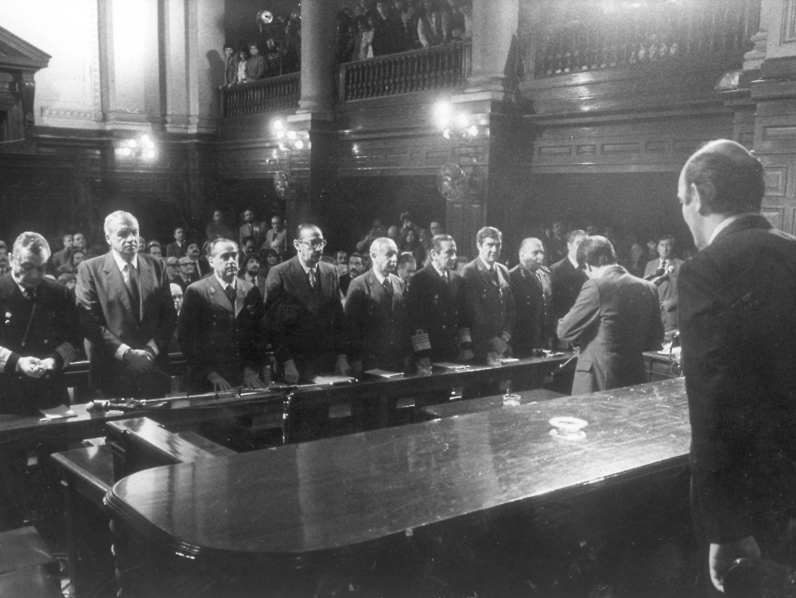 However, in the trials conducted against those responsible for the gross violations of human rights, the presiding judges (generally the Federal Courts of Appeal) concluded that the kidnapping of minors was not the result of a systematic plan by the authorities who usurped power on March 24, 1976.

We understand that those judges, in the cases that appeared before them, did not have enough evidence to prove that the kidnapping of our children was not a matter of chance or isolated acts of simple kidnappings of minors.

The existence of clandestine detention centers for disappeared pregnant women has been conclusively proven through the multitude of testimonies given to the Comisión Nacional de Desaparición de Personas (National Committee for Disappearance of Persons) and through judicial proceedings. These sites functioned as maternity centers (for example, Escuela de Mecánica de la Armada) where disappeared pregnant women from different parts of the country were taken to give birth.

From this, we conclude that the formal "truth" contained in the aforementioned judicial proceedings differs significantly from the historical truth that Abuelas de Plaza de Mayo search for in their effort to locate and restore these children to their biological families.

In spite of the restoration of democratic governments, Abuelas continue to find serious obstacles in these legal proceedings. Many members of the judiciary branch resist restitution because they do not understand that our grandchildren are the victims of numerous crimes, even though they are now living in "good socio-economic conditions" with those who appropriated them. This resistance not only delays the act of restitution, but also prevents it outright.

Current precautionary measures are ineffective. For example, prohibiting a suspect from exiting the country is futile in these cases and has actually created the phenomenon of second disappearances of located children.

New and critical procedures regarding unprecedented situations, such as the restitution of kidnapped children to their legitimate families, have still not been implemented.

Fundamental problems arise in civil trials when a previous penal judgment is needed. In these cases, delays affect the entire process, producing identity crises for many children.

In addition to inducing the many civil and criminal trials, our association fosters amendments in legislation to modify the aforementioned situations.

We believe that neither law nor justice can ignore the painful reality of disappeared children and those born in captivity. It is necessary for this problematic situation to be solved in a way that allows the benefits of reform to reach children who are the victims of these crimes as well as young people throughout the country.

National Act Number 23,849 - Convention on RIGHTS of the CHILD