Each person is born with cultural, biological, and social charges, transmitted from previous generations, which constitute his or her essential characteristics as a person. These charges make each human being different and also link each person to social groups and to traditions that present certain peculiarities that combine with maturity and experience to make a complete and balanced person. 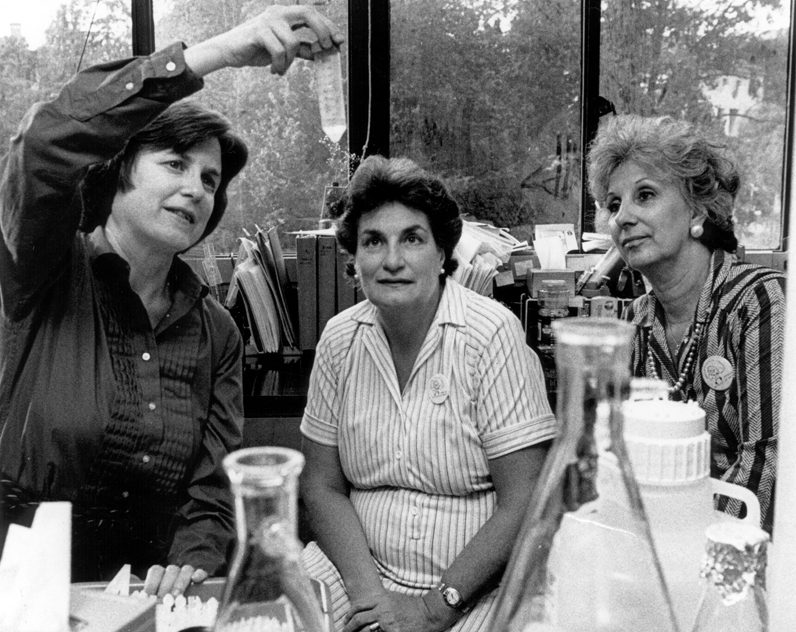 All of these aspects constitute identity, which provides a reference point for a person to compare himself to others in a society. The slightest change, replacement, or suppression of this identity produces serious harm to the individual. A person without roots, a family or social history, without a name by which to be identified, is prevented from discovering his true identity.

In Abuelas' persistent pilgrimage around the world, we sought to discover if a specific method existed to determine a child's kinship in the absence of his parents. We consulted many scientific centers until Doctor Fred Allen, from the Blood Center of New York, and the American Association for Scientific Advance in Washington, DC, allowed us to carry out these studies. With their help, we found a specific blood analysis method that predicts kinship with 99.9% probability. Valuable support was also provided by Doctors Mary Claire King and Cristian Orrego from the University of California at Berkeley. The result of this study is called "The Grand-Parenting Index ", a reference to our request.

During the 80's, the following issues were submitted to be studied:

In the 1990s, methodologies were developed to directly study the genetic material of participants in these identity studies. This genetic material refers to DNA present in the 23 chromosome pairs of all cells. These new methodologies enabled higher probabilities of biological links than the aforementioned studies, even in situations where only a small number of distant relatives of the person whose kinship is under question are available.


What Kinds of DNA Markers Are Studied?

Currently, the polymorphic markers most studied, and with a highest level of consensus among laboratories across the world, are the microsatellite markers or SSRs. These markers are present in all of a person's chromosomes, even in X and Y sex chromosomes.

SSRs are especially useful because high levels of variation exist among different people. For each of these SSR markers (except for those of the sex chromosomes) a child inherits two alleles or characteristics. One of these alleles comes from the biological father and the other from the biological mother. In turn, these parents have inherited alleles from their own parents (the child's biological grandparents).

For those cases in which the parents are absent and only distant relatives are available (such as paternal/maternal grandparents, siblings, half-siblings, cousins or aunts/uncles), it is possible to also analyze SSR in the chromosome Y. These SSRs define the paternal trait, the Y chromosome transmitted from a man to his male descendants. That means that if we have only one paternal grandfather and a possible male grandson, they will share the same alleles for chromosome Y. The same conclusions can be drawn with a brother of the father, or with the son of this brother (the child's possible cousin).

By studying a large number of SSRs, either from non-sex chromosomes or from sex chromosomes and mitochondrial DNA, one can obtain kinship probabilities that are high enough to confirm a biological link.

The laboratory at the Durand Hospital of Buenos Aires there is very experienced in conducting hemogenetic tests for the organization Abuelas. This laboratory is part of the Immunology Division, which is materially and professionally equipped to carry out the aforementioned tests. During the past years, many other laboratories in Argentina have also been involved in identity studies and have participated in national and international organizations, both to control the quality of their work and to standardize the systems that are used internationally in identity and forensic genetic studies. Help from the national and international scientific community has been fundamental to the continuation of these studies.

To guarantee the possibility for children abducted by the military dictatorship to recover their identity, we, together with other governmental institutions, drafted a bill proposing a National Genetic Data Bank of relatives of disappeared children. This bill was submitted as a priority to Parliament by the President of the Nation. It was actively fostered by our organization and ratified in the National Act Number 23,511 in May 1987. Its regulation was enacted in 1989.

This Act enabled us to establish the conditions that enable the identification of our grandchildren even if we are no longer present, since it is impossible to know when they will be located.

The Bank is responsible for the storage and preservation of the blood samples of each of the members of the family groups to facilitate future studies. Considering current life expectancy in Argentina, the National Genetic Data Bank should operate until at least the year 2050.