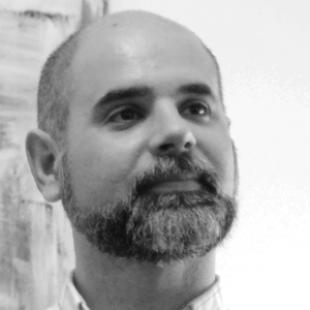 Ana María was born on April 22nd, 1947 in La Rioja. Her family called her "Ani". Domingo Menna was born March 1st, 1947 in Italy, later settling in the Buenos Aires city of Tres Arroyos; he was called "El Gringo". Both served and were activists extremely committed to the Partido Revolucionario de los Trabajadores (PRT) and in the Ejército Revolucionario del Pueblo (ERP).
Ani and el Gringo married and had two sons, Ramiro Nicolás and another baby who died.
On July 19th, 1976, Ani and el Gringo were kidnapped together with Mario Roberto Santucho, their colleague Liliana Delfino and other militants of PRT, in an operation that transcended in the media at that time as "a success in the fight against judeo-marxist subversion" that "had allowed annihilation of the management of the revolutionized organization". Ani was 8 months pregnant and, through testimony from survivors, it was discovered that she and el Gringo were detained in "Campo de Mayo". The young woman was also seen in the clandestine center known as "Puente 12".
Irma Ferrara de Menna, who was in exile in Mexico, was the first to report to Abuelas about Ani and el Gringo's son in 1982. Irma reported that her daughter in law had been kidnapped "8 months pregnant and in perfect health." With this information, the Abuelas added the case to the grandsons and granddaughters search and, later, the older sister of Ani, Alba Lanzzillotto, would motorize the search.
Since 2004, the Abuelas have investigated the reports about who we know today is Alba's nephew. The investigation team had gathered enough documentation to approach the man and suggest the possibility that he was the son of people who were disappeared. At the same time, the CONADI was completing an investigation with the federal judge N° 3 from La Plata- in the setting of a lawsuit in which the Abuelas were a plaintiff - about the birth certificates from the doctor Juana Franicevich, who had signed birth certificates of two grandchildren who were recently recovered. Upon verifying that the two organizations were investigating the same case, it was decided, by mutual agreement, that the CONADI would contact the man.
Finally, in June he was called by the CONADI team and voluntarily agreed to be analyzed in the BNDG.
On October 3rd, 2016, the Bank announced that the man was the son of Domingo Menna and Ana María Lanzillotto.